I am Rosalinda / Roos, 27 years old and live in a beautiful city called Tholen (Zeeland).

Initially, I had everything I ever wished for. My life went reasonably smoothly. I became a mom in 2015 unexpectedly, living together with the three of us, father Tim and our daughter Noor. After giving birth I quickly proceeded with my studies again. I am studying International Business and Management Studies. During my internship, I suddenly got 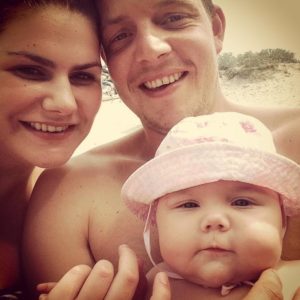 a stain in the vision of my right eye. I did an internship where I worked a lot behind the compu

ter. The stain lasted for a few days and I found it so annoying that after a few days I decided to see my GP. I was sent to the hospital right away. Having such a stain in your vision could be caused by retinal detachment, meaning you have to get surgery as soon as possible to prevent further damage / blindness. Detachment of the retina, however, was not the case for me. The ophthalmologist said that my symptoms were probably caused by a nerve inflammation in the eye. He asked me if I have ever experienced tingling in arms or legs: I had. He also tested the visibility of colors and the responsiveness of my pupils. Those results were scarce; therefore, I was quickly referred to the neurologist. Google is my best friend and I could not resist it: in the meantime, I started googling on ‘optic nerve inflammation’ and ‘tingling’ and found out soon that these are common starting symptoms for Multiple Sclerosis (MS). It scared me how well I fitted the profile.

When I came to the neurologist shortly after, he advised me to undergo an MRI of my brain in order to see if there were abnormalities. When I got the results of the MRI, he said that my brain looked perfectly fine and I did not have to worry at all. Meanwhile, the stain in my eye had already disappeared. I felt fine, but my life was very busy at that moment. Full-time internship, making assignments for school but also bringing Noor to grandparents or childcare every day and picking her up after work. Things like doing groceries, cooking, housekeeping, arranging care, etc. all added

to that. I actually thought it was quite logical that something like optic nerve inflammation could be due to my busy life at the time. Although I was aware of the fact that common symptoms of MS matched so good with my own symptoms, I felt good and I did not necessarily assume that I might be ill. After all, the results of the MRI were good.

A little later on a Friday afternoon around 5 p.m. I was called by an unknown number and I finally picked up. I had already been called a few times before by an unknown number but I normally refuse to pick up because I like to know who is calling me J. That Friday afternoon that I picked up, it was the neurologist who called. He said he doubted my MRI. An MRI is made at the radiology department and the radiologist discusses his findings with, in my case, the neurologist. It came down to the radiologist thinking there were some deviations in my MRI, these should be errors of the scanner. The neurologist had his doubts, but at the time of revealing the results to me, he went along with the findings of the radiologist, everything was ok. I do not like this kind of surprises and was then immediately pissed off when the neurologist told me. I did not know any better than the MRI looked good until the neurologist’s call. This definitely dropped in my lap. The possibility of deviations in my brain, I did not think that was a topic for the Friday afternoon drinks ;).

mn, a few months later. When I said that I had lost confidence and would rather go to another hospital, I could come in straight away the next day. I wanted to see the images myself and as quickly as possible, so I agreed. On the MRI spots were visible which seemed no machine errors to me, especially because of the shapes and because there were several. Anyway, I am not a doctor. I told the neurologist that if had doubts, he would have to pull me through the scanner again as soon as possible. The next MRI looked exactly the same as the first. I could have a lumbar puncture done but this would also give me no certainty, maybe an increased chance of developing MS. Shortly after making the appointment for the lumbar puncture I canceled it. In addition to being terrified of needles, I especially thought it was better, that if I had an increased chance of developing MS, it would be better not to know this. If you know that you have a great chance of developing a disease like MS, you are also going to live by it. I did not want that.

In the meantime, I had good periods and bad periods. I suffered from balance problems, my left leg felt weird and extreme fatigue. When I was working on my minor program in Rotterdam things got worse. I could barely keep myself on my feet on the way to school, stairs and escalators seemed to have no depth. When I arrived at school in the morning I was completely broken. Halfway through the minor it went so bad that I had to stop. I had another MRI made and it clearly showed deterioration. Diagnosis: MS. Occasionally I also had good periods. I thought that I could also have a big influence on my life through healthy eating, sleeping well: a healthy lifestyle. Unfortunately

, as time went by I faced more bad things. Going to school became increasingly difficult, especially the journey but also keeping up with classes. During driving I could not fully depress the clutch. Walking became difficult. I can hardly sleep at night because my bad leg keeps me awake or wakes me up after a few hours. Caring for Noor was hardly possible anymore because parts of my body were falling out and  I hardly had any power or energy. My vision is so limited that I do not see sharp. My right eye is so damaged that it cannot be repaired with glasses anymore. I can only put on my glasses when I keep my head still, 2D works out: e.g. watching a movie. When the sun shines brightly or the sky is white because of clouds (= a lot of reflection) it is  terrible to go outside. I love the sun! This way I will never get a proper tan. Last April, an MRI was made again of my brain that confirmed what I felt recently, my brainstem, cerebellum and spine have all been affected.

MS comes in many forms; some patients have a mild variant with a single annual attack that is easy to live with. A small portion of MS patients have an aggressive variant where the course is very progressive. Unfortunately, I belong to this last group.

I have only been diagnosed with MS for 2 years now but I have had to lost a lot in the past. My world is getti

ng smaller. I hate that when Tim (my boyfriend) comes home from work and I have to ask him if he wants to go for groceries. When I app to him during the day that I have

washed a few dishes, he calls me a nickel… Going to the playground with Noor would have to be something completely normal, but when she grills I cannot see her anymore, let alone keep track of her. Halfway through a round in the garden store, my legs refuse. I often have to cancel a simple appointment with friends. Examples of how life is now, it seems like I’m on a runaway train.

I know that MS is still an incurable disease now. There are medications for MS, but they can slow down the disease (if the medicine does work at all) for a maximum of  30%. That comes down to the fact that I somehow just will decline. I have only been sick for a short time, but the disease is so progressive that if it continues this way I will end up in a wheelchair rather quickly and eventually end up in a nursing home.

That way MS will destroy me, but there is a way that I can destroy MS and that is through HSCT treatment. In short, it means that this treatment will reset my immune system, thus resets the error that my body will eliminate attacks on it

self. Unfortunately, The Netherlands does not participate in the trials for this treatment and therefore the treatment in the Netherlands is not reimbursed by the health insurers. In Russia, Mexico, Singapore, Israel and India, for example, I would be able to have this treatment carried out. Due to the inclusion criteria of the clinics in these countries, I can only go to Mexico.

The clinic in Mexico has reserved a place for me on October 15, 2018. This story has a particular problem. As HSCT treatment is not reimbursed in the country I live, costs are entirely for my own account. That requires

money, a lot of money: about 60,000 euros. Unfortunately, I cannot pay for this myself and that is why my friends Cynthia Machielse, Mandy de Boer and Renske Smidtman have est

ablished this foundation “Tot hier en niet verder!” / “Until here and no further!”. This name has been chosen because HSCT treatment will not cure MS disease, but there is a 80-90% chance that the disease will be stopped. We are so grateful to everyone who donates or in any way contributes to our goal!! 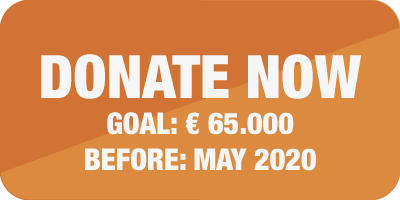 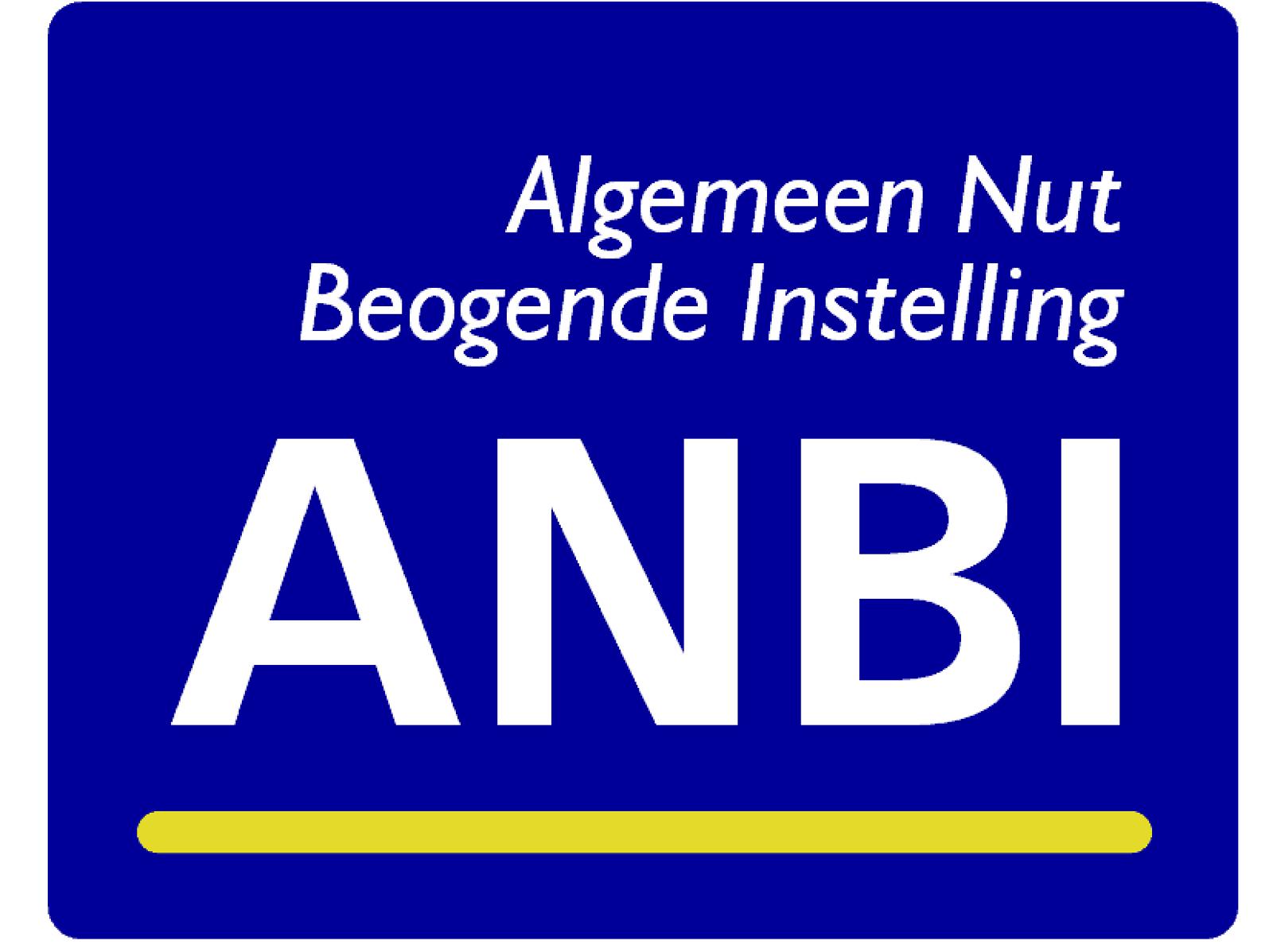